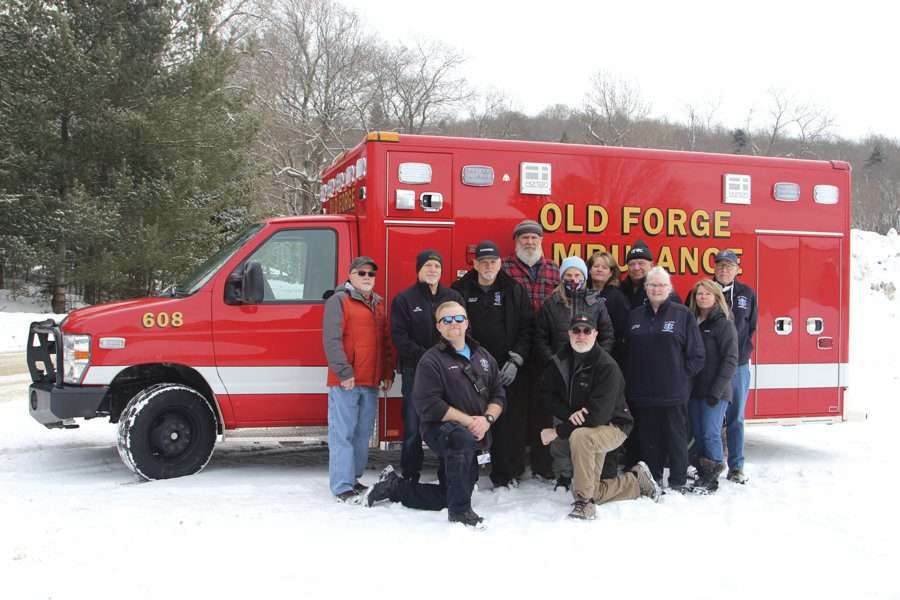 In Old Forge, which has a small health center, Mike Farmer has seen people show up at the visitor information center “seeking immediate medical assistance for everything from serious external bleeding to seizures to suspected heart attacks and strokes.”

Farmer or other center personnel call 911. EMTs either direct the patient to the Town of Webb Health Center—a weekdays-only, 8:30 a.m. to 4:30 p.m. operation—or rush them by ambulance to a hospital an hour away from the western Adirondack village.

“Some of the risk posed by the absence of an urgent care facility is minimized by the heroic efforts of EMT/ALS/ambulance staff,” Farmer said.

Farmer, the tourism and publicity director for the Town of Webb (which includes Old Forge), and others who live in isolated areas of the Adirondack Park reside in health care “deserts.” Their nearest hospital or urgent care is at least an hour away. When people in Lake Pleasant need emergency care, ambulances transport them to Nathan Littauer Hospital in Gloversville. From Webb, they are taken to one of two hospitals in Utica.

Farmer recounts a recent case in which a stricken resident received care by local emergency personnel and was transported by ambulance to Alder Creek to meet a Life Flight helicopter. He died two days later.

“Of course,” Farmer said, “it’s impossible to know if access to an urgent care facility within 20 minutes of the event would have made any difference. Balanced against 60 minutes to the hospital, it seems the outcome could not have been any worse.”

Building for the future

Rural towns today rely on health care systems that may be inadequate for the populations they serve. But the Adirondack Park may soon be confronting a new challenge: how to build the health care infrastructure for a potentially increasing population.

The pandemic, and the large-scale shift to remote work, showed that many people are moving out—or considering moving out—of large cities, and into less populated regions, including the Adirondacks.

More than 837,400 people submitted change-of-address requests from New York City addresses in 2020, a 36% increase over 2019, according to a report from the city office of the comptroller citing data from the U.S. Postal Service.

And the Adirondack Council, in its publication Vision 2050,