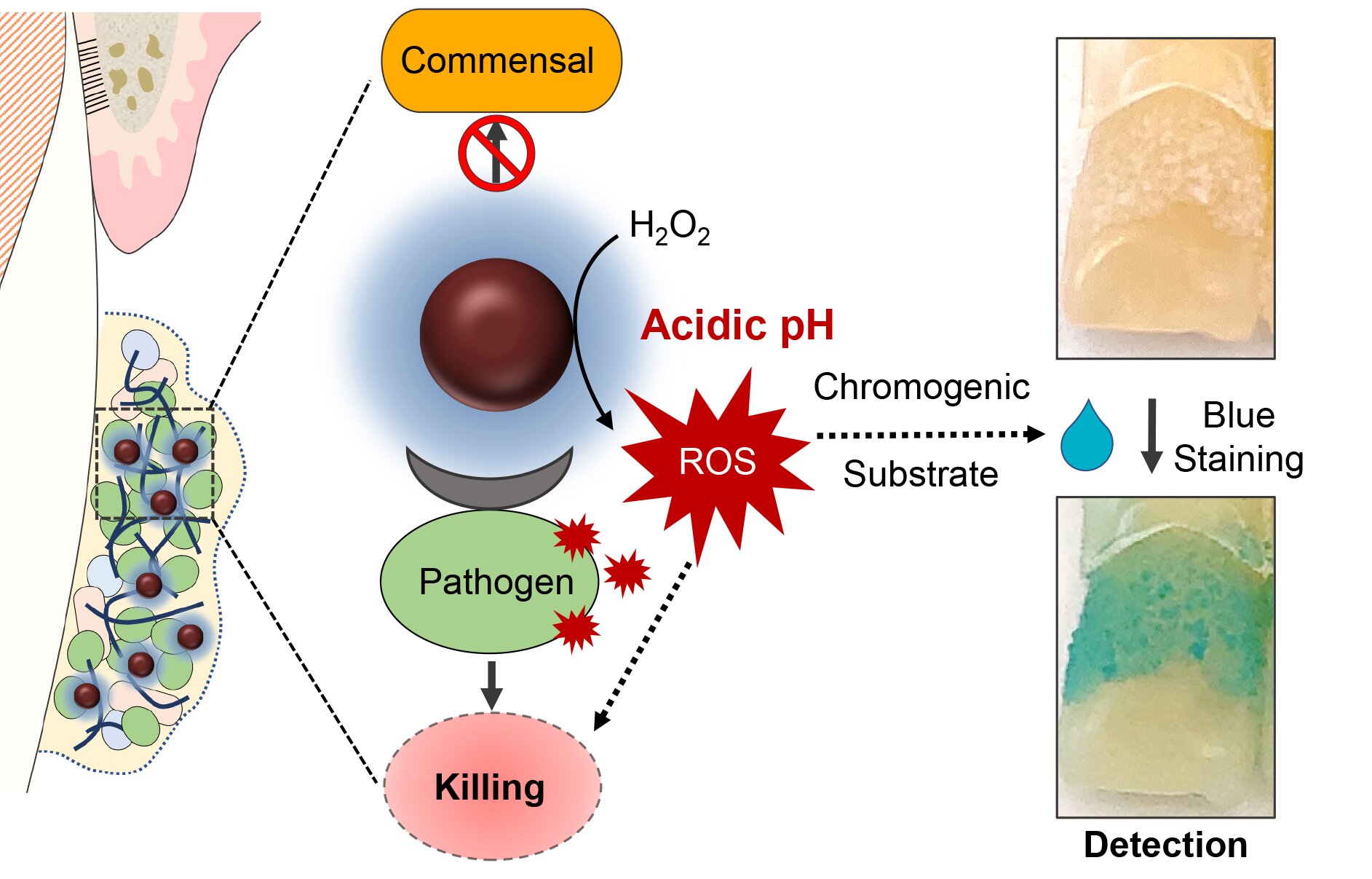 A growing body of evidence points to a link between iron-deficiency anemia and severe tooth decay. Whether the connection is correlative or causative is unknown, though both conditions are associated with poor diets and are more common in people living in impoverished environments and with underlying medical conditions.

Now, research from the University of Pennsylvania, in collaboration with Indiana University, suggests that an FDA-approved therapy for iron-deficiency anemia also holds promise for treating, preventing, and even diagnosing dental decay. The therapeutic, a combination of an iron-oxide nanoparticle-containing solution called ferumoxytol and hydrogen peroxide, was applied to real tooth enamel placed in a denture-like appliance and worn by the study subjects.

The study, published in the journal Nano Letters, found that a twice daily application of ferumoxytol, which activated hydrogen peroxide contained in a follow-up rinse, significantly reduced the buildup of harmful dental plaque and had a targeted effect on the bacteria largely responsible for tooth decay. These types of nanoparticles with enzyme-like properties are sometimes known as “nanozymes” and are increasingly being explored for their potential in biomedical and environmental applications.

“We found that this approach is both precise and effective,” says Hyun (Michel) Koo, a professor in the University of Pennsylvania School of Dental Medicine. “It disrupts biofilms, particularly those formed by Streptococcus mutans, which cause caries, and it also reduced the extent of enamel decay. This is the first study we know of done in a clinical setting that demonstrates the therapeutic value of nanozymes against an infectious disease.”

The work is an extension of a 2018 paper published in Nature Communications, in which Koo and colleagues, including David Cormode of Penn’s Perelman School of Medicine, showed that the iron oxide nanoparticle-hydrogen peroxide treatment could prevent biofilm accumulation and tooth-decay in an experimental model and an animal model.

In the current work, the scientists wanted to take the next logical step, working in humans. In a randomized study, they had 15 participants use a removable, denture-like device with real tooth enamel attached, a method developed and extensively tested by Domenick T. Zero of Indiana University, a co-corresponding author on the current paper.

The study participants applied a sugar-containing solution to the appliance four times a day, mimicking high-sugar meals and snacks consumed in the course of daily life. Participants were asked not to brush the enamel specimens but instead to rinse the appliance twice a day. Participants were divided into three groups, with one using the ferumoxytol then the hydrogen peroxide rinse, one with a solution that provides the inactive ingredients in ferumoxytol, and a third with water alone.

After 14 days, the researchers analyzed the biofilms that accumulated on the enamel specimens. They found the experimental treatment potently reduced the growth of biofilms containing S.