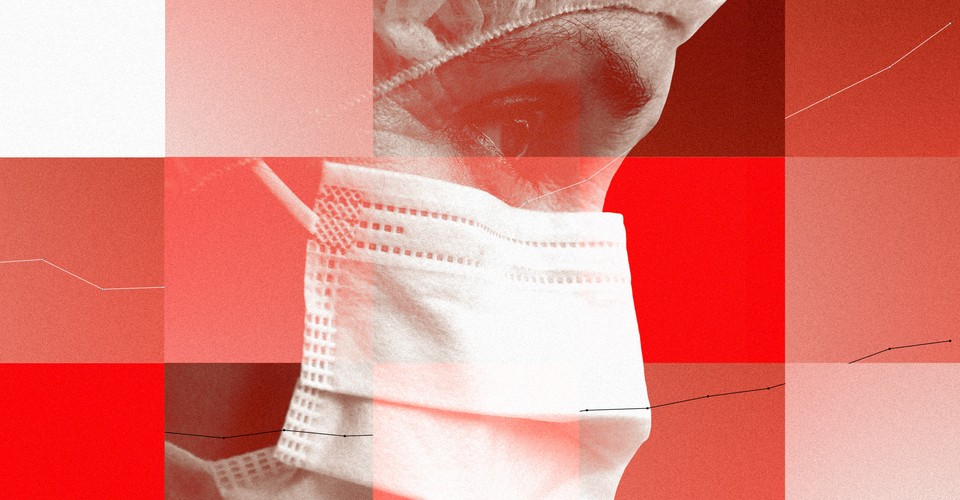 The moment that broke Cassie Alexander came nine months into the pandemic. As an intensive-care-unit nurse of 14 years, Alexander had seen plenty of “Hellraiser stuff,” she told me. But when COVID-19 hit her Bay Area hospital, she witnessed “death on a scale I had never seen before.”

Last December, at the height of the winter surge, she cared for a patient who had caught the coronavirus after being pressured into a Thanksgiving dinner. Their lungs were so ruined that only a hand-pumped ventilation bag could supply enough oxygen. Alexander squeezed the bag every two seconds for 40 minutes straight to give the family time to say goodbye. Her hands cramped and blistered as the family screamed and prayed. When one of them said that a miracle might happen, Alexander found herself thinking, I am the miracle. I’m the only person keeping your loved one alive. (Cassie Alexander is a pseudonym that she has used when writing a book about these experiences. I agreed to use that pseudonym here.)

The senselessness of the death, and her guilt over her own resentment, messed her up. Weeks later, when the same family called to ask if the staff had really done everything they could, “it was like being punched in the gut,” she told me. She had given everything—to that patient, and to the stream of others who had died in the same room. She felt like a stranger to herself, a commodity to her hospital, and an outsider to her own relatives, who downplayed the pandemic despite everything she told them. In April, she texted her friends: “Nothing like feeling strongly suicidal at a job where you’re supposed to be keeping people alive.” Shortly after, she was diagnosed with post-traumatic stress disorder, and she left her job.

Since COVID-19 first pummeled the U.S., Americans have been told to flatten the curve lest hospitals be overwhelmed. But hospitals have been overwhelmed. The nation has avoided the most apocalyptic scenarios, such as ventilators running out by the thousands, but it’s still sleepwalked into repeated surges that have overrun the capacity of many hospitals, killed more than 762,000 people, and traumatized countless health-care workers. “It’s like it takes a piece of you every time you walk in,” says Ashley Harlow, a Virginia-based nurse practitioner who left her ICU after watching her grandmother Nellie die there in December. She and others have gotten through the surges on adrenaline and camaraderie, only to realize, once the ICUs are empty, that so too are they.

Some health-care workers have lost their jobs during the pandemic, while others have been forced to leave because they’ve contracted long COVID and can no longer work. But many choose to leave, including “people whom I thought would nurse patients until the day they died,” Amanda Bettencourt, the president-elect of the American Association of Critical-Care Nurses, told me. The U.S. Bureau of Labor Statistics estimates that the health-care sector has lost nearly half a million workers since February