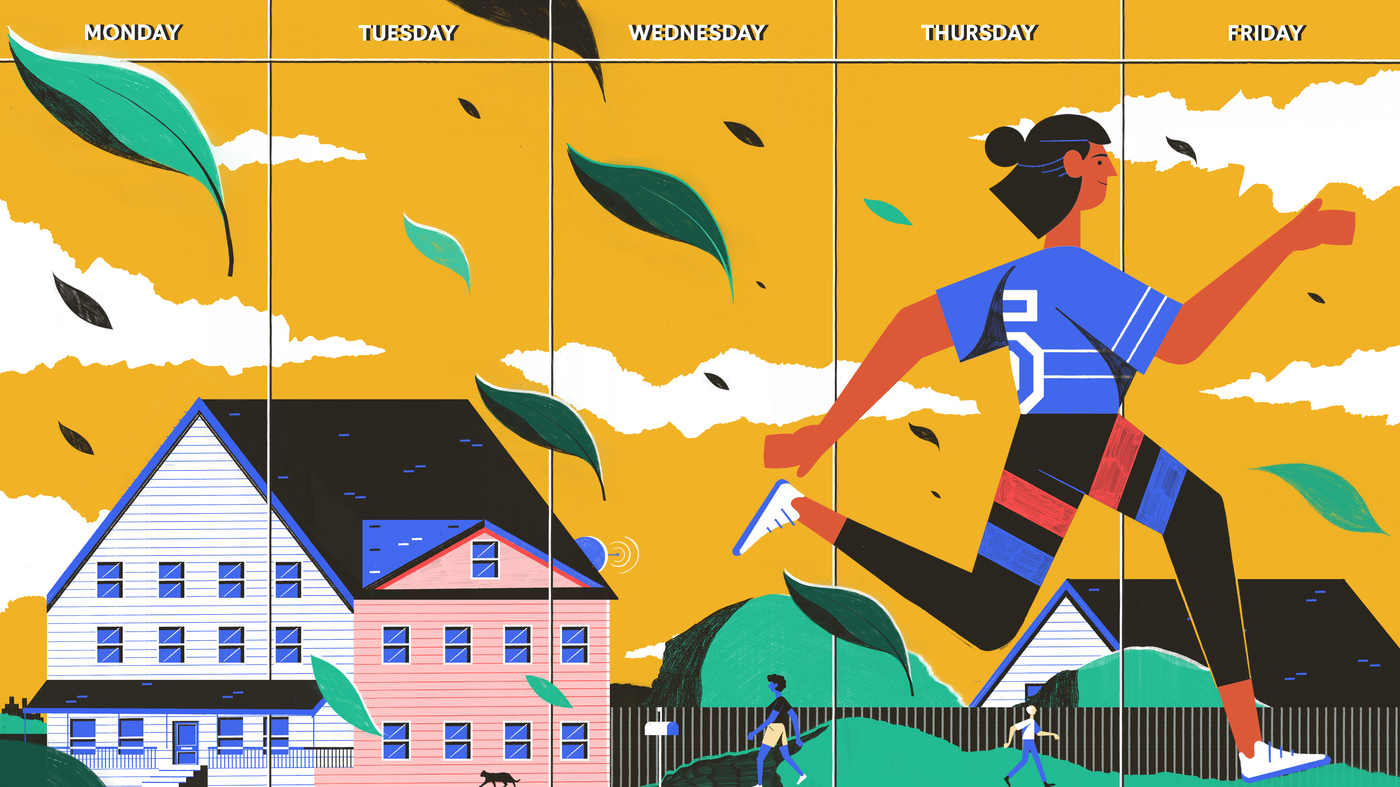 Scheduling time on the calendar for a workout and setting small, achievable goals are just a couple of ways we can focus on rebuilding healthy habits.

The early days of lockdown restrictions had a profound effect on people’s daily lives. Alcohol sales skyrocketed, physical activity dropped off sharply, and “comfort eating” led to weight gain, too.

So, what’s happened since March of 2020? After two years of pandemic life, many of these effects persist. The strategies we used to adapt and cope have cemented into habits for many of us. And this is not a surprise to scientists who study behavior change.

“We know when a shock arises and forces a change in our behavior for an extended period of time, there tend to be carryover effects because we’re sticky in our behaviors,” says Katy Milkman of the University of Pennsylvania, and author of the book How To Change. In other words, our pandemic habits may be hard to break.

Take, for example, alcohol consumption. During the first week of stay-at-home restrictions in March 2020, Nielsen tracked a 54% increase in national sales of alcohol. This came as bars and restaurants closed. A study from Rand documented a 41% increase in heavy drinking among women in the months that followed. (Heavy drinking was defined as four or more drinks for women within a few hours.)

“Of concern is the fact that increases in drinking are linked to stress and coping,” says Dr. Aaron White of the National Institute on Alcohol Abuse and Alcoholism. He points to a study that found a 50% increase in the number of people who said they drank to cope in the months right after COVID began compared to before the pandemic.

After a spike in sales in the spring of 2020, alcohol sales dipped.

But the most recent data from Nielsen show sales of beer, wine and spirits at the start of 2022 remain higher than they were in 2019. That trend is also reflected yearly: In 2019, spirit sales totaled about $16.3 billion, compared with $21 billion in 2021. Bottom line: Alcohol sales have remained higher than they were before the pandemic, even after adjusted for inflation.

Changes in physical activity have followed a similar pattern. Scientists at UC San Francisco analyzed data from a wellness smartphone app, Argus, which tracks daily step counts among users in countries around the globe. One month after stay-at-home restrictions were initiated in the spring of 2020, people took about 27% fewer steps a day, on average. That’s 1,432 fewer steps.

And what’s happened since? “The first decrease in activity was really the most drastic,” explains study author Geoff Tison, a cardiologist at UCSF who continues to track the smartphone data. In the U.S., physical activity picked up during spring and summer months (both in 2020 and 2021), when cases retreated and there was more daylight, but declined again amid fall