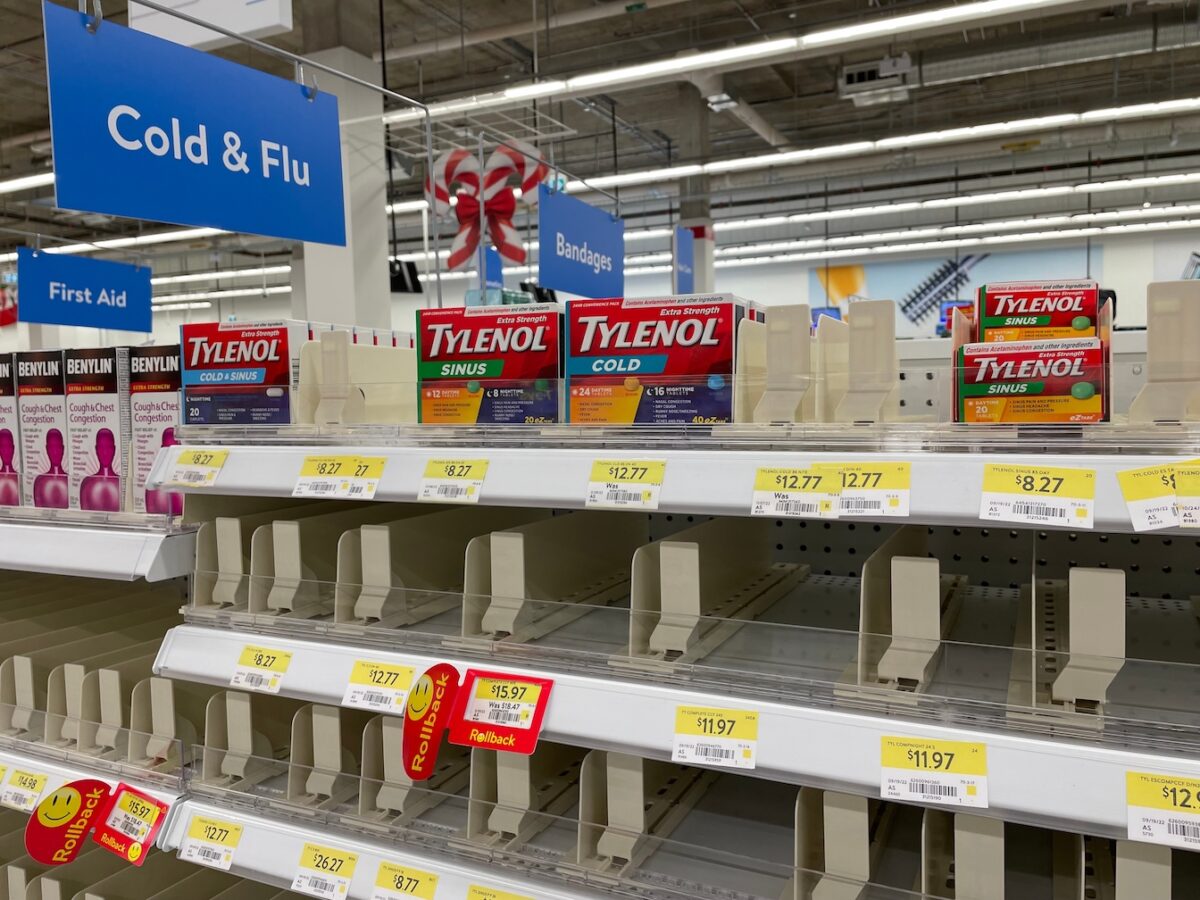 With the present shortages of over-the-counter medicines for coughs, colds, and flu, this seems like the perfect time to talk about natural remedies. These can be helpful when we either don’t have medications on hand, or simply want a more natural approach to dealing with common illnesses. Natural medicines are beneficial as they are non-toxic and support our body’s own healing process. If used at the first sign of illness, many can shorten its severity and duration. Here are some natural approaches—many used by cultures worldwide for centuries—to help get you back into tip-top shape.

Fevers are our bodies’ natural reaction to infection. A fever is part of a healthy immune response and communicates that we are mounting an appropriate defense against an unwanted invader. As parents, it is always difficult seeing our children sick, and it is our instinct to do whatever we can to make them feel better.

In the case of fevers, unless they are very high, it can be beneficial to let the fever do the work of fighting the infection. Fevers slow down pathogens and their replication; therefore, a fever slows down the spread and severity of an illness.

If a fever gets too high (104+), it’s a good idea to get it down. This is the work of many drugs, but this can also usually be achieved with a lukewarm or cool bath. Eating will also usually bring a fever down slightly if you or your little one feel up to it. Very high fevers burn fluids and increase the risk of dehydration. Make sure to drink plenty of clear liquids, and children can have water or diluted fruit juice for hydration and to keep blood sugar within normal range. Fevers also deplete vitamin A, so be sure to supplement with vitamin A-rich foods (like fish oils, kale, spinach, broccoli, milk, and eggs) after a bout with a fever.

Yarrow is a common herb and is well known for its ability to bring down a fever. It is considered a diaphoretic herb, meaning it makes you sweat, helping the body eliminate toxins through the skin and urine. Yarrow also purifies and moves the blood, treats urinary infections, and heals wounds.

In a comparative study in the Pakistan Journal of Pharmaceutical Studies, yarrow demonstrated the ability to significantly reduce fevers in animal models.

A research review published in Current Pharmaceutical Design in 2008 discussed the traditional use of yarrow for this purpose. “The genus Achillea consists of about 140 perennial herbs native to the Northern hemisphere. Traditional indications of their use include digestive problems, liver and gall-bladder conditions, menstrual irregularities, cramps, fever, wound healing,” it noted.

A review on the biological activities of yarrow published in the Journal Current Pharmaceutical Design, mentions yarrow’s analgesic, anti-ulcer, choleretic (which stimulate the production of bile by the liver), liver protecting and wound healing abilities and that data has accumulated demonstrating its antioxidant and anti-inflammatory effects. Dental methods are facing labor shortages that are delaying regimen care for some patients, and the delays can stretch on for several months. The shortages are compounded by what dentists describe as higher-than-typical individual desire simply because of treatment that was deferred early in the pandemic.

The shortages are affecting a assortment of positions, from hygienists to dental assistants to front place of work personnel. Jeffrey Karen, a pediatric dentist in South Weymouth and a trustee for the Massachusetts Dental Modern society, reported this is a particular issue since dental strategies generally can not be done without an assistant current.

“I’ve been working towards for about 15, 20 yrs now, and I would say this is rather much the worst I have observed it,” Karen reported, noting that wait around times for treatment fluctuate considerably from one exercise to the subsequent.

At the Boston College Dental Overall health Center, clients will not uncover appointments for a cleansing until finally 2023, unless there is a cancellation. Kelly Marcinkewich, the center’s associate director, attributed significantly of the concern to the pandemic driving team to go away the discipline.

“We have observed in the course of the COVID-19 pandemic a realignment of the region’s workforce absent from certain forms of positions in health care, which we consider has brought on an business-huge staffing scarcity that is impacting numerous neighborhood dental techniques, like ours,” Marcinkewich wrote in an electronic mail. “At the exact time, there has been an enhance in the range of people in search of appointments for tests or cleanings that they delayed before in the pandemic.”

The dental wellbeing middle serves some Boston College pupils and employees, including team at WBUR.

Pamela Maragliano-Muniz, a dentist in Salem, stated delays till 2023 are on the excessive conclusion of the spectrum, but staffing issues are “widespread” in the industry. Dependent on conversations with her colleagues, she stated, “It looks like most tactics are wanting for assistance.”

The workers shortages are not just a neighborhood or regional difficulty.

Vujicic stated roughly 40% of dental procedures nationwide report possessing open up positions and say they are wanting to use new employees associates. Among practices with openings, 90% report it is really tough to obtain employees.

“That’s an astronomically superior quantity,” he reported. “And frankly, it really is not heading to go absent right away, and it’s influencing people.”

The Massachusetts Dental Society is in the early phases of rolling out a marketing campaign to bring in more high school graduates to the industry. In individual, the hope is to attract much more individuals to train as dental assistants.

“There are a great deal of [dental] assisting universities in our point out, but a lot of them are possessing issues filling their courses,” the group’s trusteeKaren reported.

For dentists in Massachusetts to run at whole potential, the range of dental assistants would