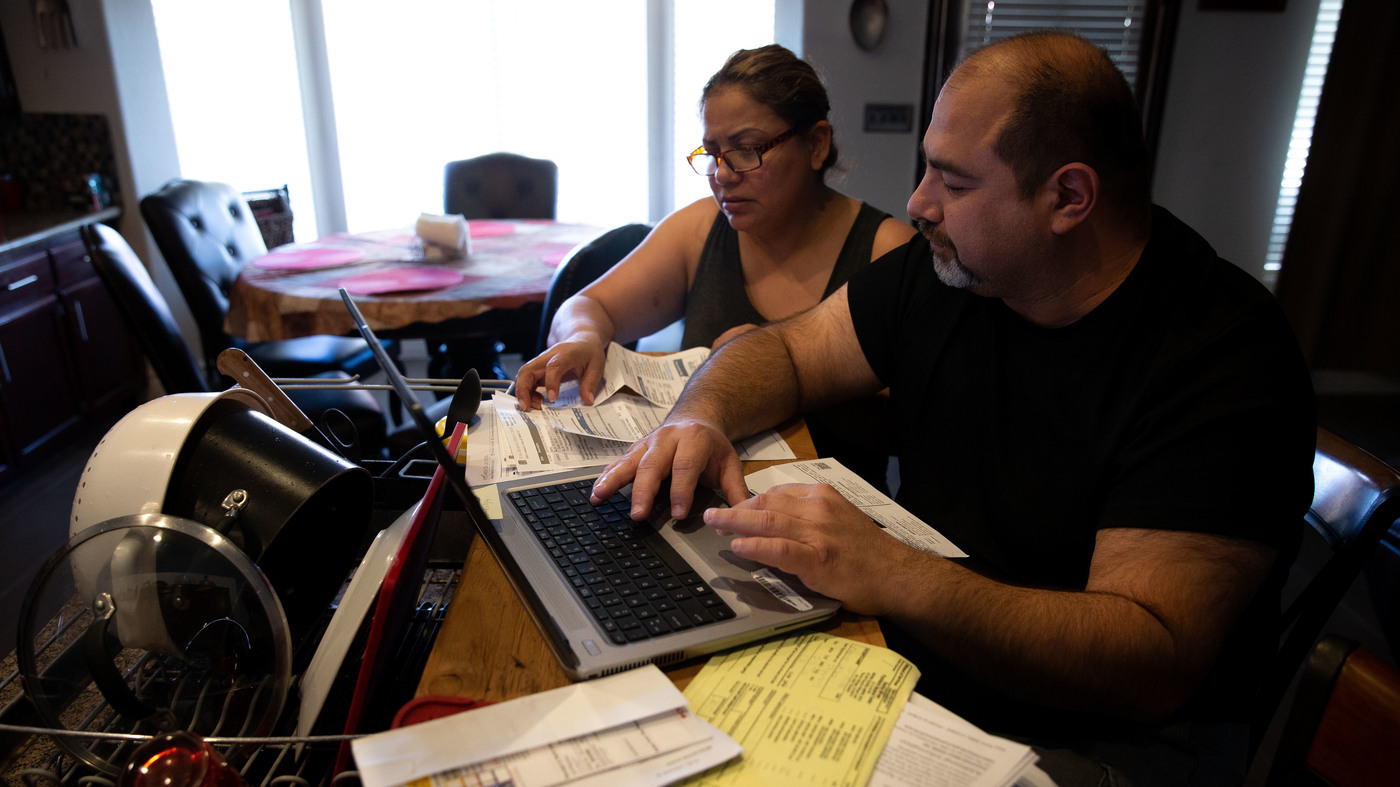 Claudia and Jesús Fierro of Yuma, Ariz., review their medical bills. They pay $1,000 a month for health insurance yet still owed more than $7,000 after two episodes of care at the local hospital.

Claudia and Jesús Fierro of Yuma, Ariz., review their medical bills. They pay $1,000 a month for health insurance yet still owed more than $7,000 after two episodes of care at the local hospital.

The Fierro family of Yuma, Ariz., had a string of bad medical luck that started in December 2020.

That’s when Jesús Fierro Sr. was admitted to the hospital with a serious case of COVID-19. He spent 18 days at Yuma Regional Medical Center, where he lost 60 pounds. He came home weak and dependent on an oxygen tank.

Then, in June 2021, his wife, Claudia Fierro, fainted while waiting for a table at the local Olive Garden restaurant. She felt dizzy one minute and was in an ambulance on her way to the same medical center the next. She was told her magnesium levels were low and was sent home within 24 hours.

The family has health insurance through Jesús Sr.’s job, but it didn’t protect the Fierros from owing thousands of dollars. So when their son Jesús Fierro Jr. dislocated his shoulder, the Fierros — who hadn’t yet paid the bills for their own care — opted out of U.S. health care and headed south to the U.S.-Mexico border.

Medical services: For Jesús Sr., 18 days of inpatient care for a severe case of COVID-19. For Claudia, fewer than 24 hours of emergency care after fainting. For Jesús Jr., a walk-in appointment for a dislocated shoulder.

Service providers: Yuma Regional Medical Center, a 406-bed nonprofit hospital in Yuma, Ariz. It’s in the Fierros’ insurance network. And a private doctor’s office in Mexicali, Mexico, which is not.

What gives: The Fierros were trapped in a situation in which more and more Americans find themselves. They are what some experts term “functionally uninsured.” They have insurance — in this case, through Jesús Sr.’s job, which pays $72,000 a year. But their health plan is expensive, and they don’t have the liquid savings to pay their share of