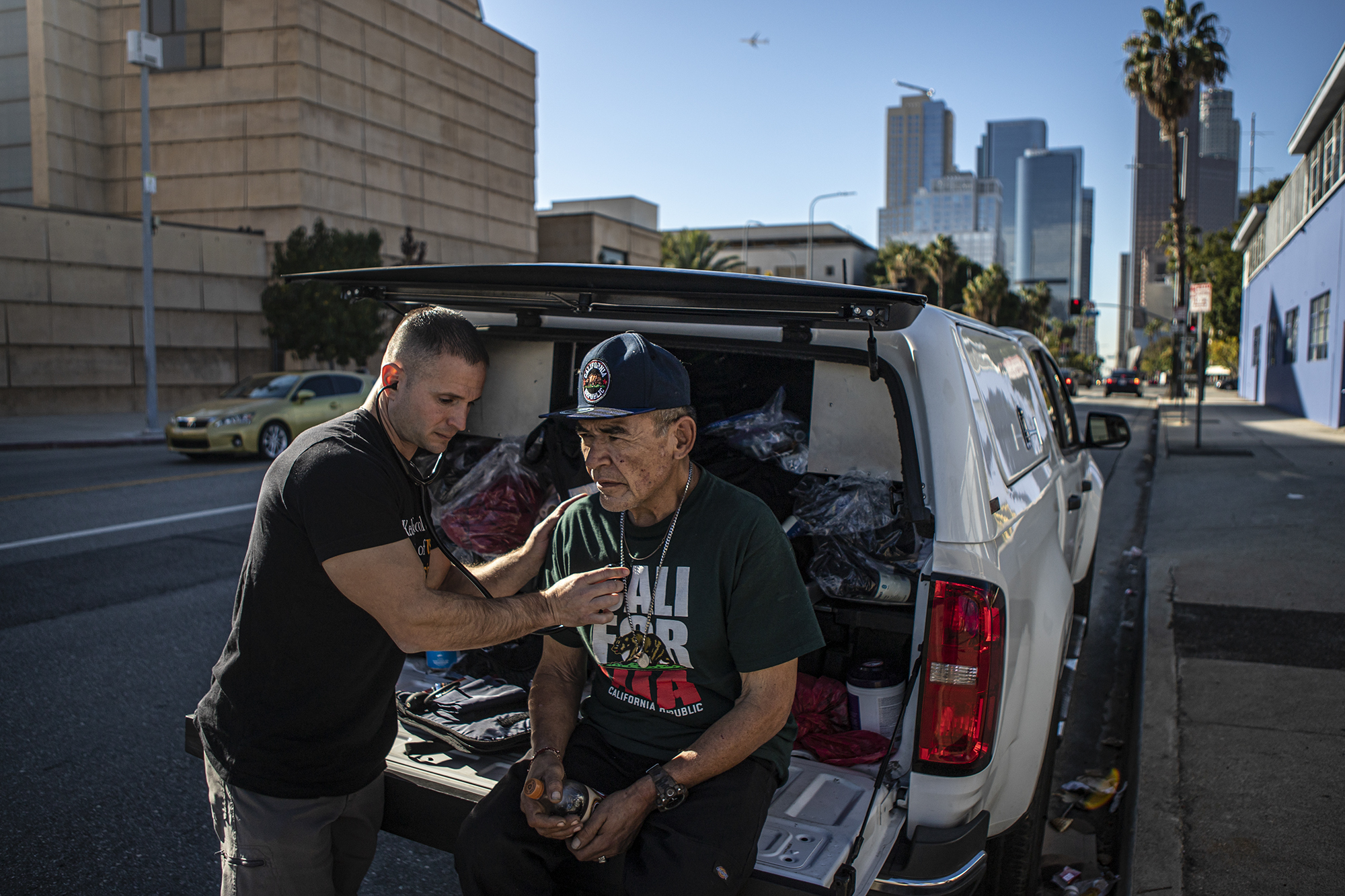 Living on the streets of California is a deadly affair. The life expectancy of an unsheltered person is 50, according to national estimates, nearly 30 years less than that of the average Californian. As homelessness spirals out of control throughout the state, so too do deaths on the street, but it’s those whose lives are the most fragile who are least likely to get medical care.

Now, the state Medi-Cal agency is endeavoring to improve health care access for people experiencing homelessness. Through a series of incentives and regulatory changes, the Health Care Services Department is encouraging Medi-Cal insurers to fund and partner with organizations that bring primary care into encampments.

They’re known as street medicine teams. There are at least 25 in California.

“Oh crap. This is where she was, and they just swept that,” said Brett Feldman on a Friday morning in November, looking at a green tent, crumpled and abandoned on Skid Row in Los Angeles. Feldman, a physician assistant, is searching for a female patient in her 40s with severe and unmanaged asthma. She cycles predictably in and out of the hospital, and Feldman knows she’s due for another hospitalization soon.

The road is streaked with water from a cleaning truck, and sanitation workers in fluorescent vests sweep up debris. Parking enforcement and police cruisers line the section of road where a homeless encampment once stood. Nearly 5,000 people live in the half-mile block infamous for the hypervisibility it affords the state’s unrelenting homeless crisis.

Burdened by disproportionate rates of addiction, mental health disorders and chronic disease, people experiencing homelessness are some of the state’s neediest patients, but few receive anything more than emergency services. Barriers like lack of transportation and cumbersome insurance rules keep most from getting regular health care. Instead, they drift through the emergency room during a crisis, racking up high costs to the system and deteriorating physically in the interim.

Delivering health care this way is costly and not particularly effective for the patient or the system. More than half of the state’s $133-billion Medi-Cal budget is spent on the top 5% of high-needs users, according to the California Department of Health Care Services.

“Where we have been falling short, especially with this population, is their reality is so different from ours that we haven’t been building reality-based systems for them,” Feldman said. “They have Medi-Cal. They’re eligible for all these benefits, but they can’t access